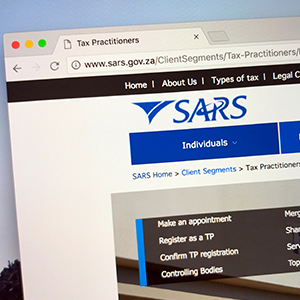 The world-renowned German motor vehicle manufacturer BMW has an international business policy which requires employees to work for a short or medium term in locations where the group has a presence, other than in their home countries. This is done on a tax equalization basis, meaning that the employees’ remuneration is structured in such a way that the net income in the countries where they are placed is no less than in their home countries.

In order to facilitate the tax compliance of the expatriate employees, BMW South Africa (“BMW-SA”) engaged the services of tax consultants to, amongst other services, complete taxpayer registrations, assist with the employees’ tax returns and deal with objections to assessments. SARS raised an assessment as it was of the view that the payments to the tax consultants constituted a taxable fringe benefit in respect of which each expatriate employee should be liable. BMW-SA objected on several grounds, including that the secondments were not provided as a benefit or advantage of employment, the tax consultants having been instructed to protect the interests of the BMW group and not to provide a private or domestic benefit to the employee.

The question of whether the payments constituted a fringe benefit had to be decided by appeal to the Supreme Court of Appeal in the matter of BMW South Africa (Pty) Ltd v CSARS, the Tax Court and a full court of the Gauteng High Court already having found in SARS favour. Consideration had to be given to whether the tax consultancy services could be valued in money and fell within the definition of ‘gross income’ as read with paragraph 2(e) of the 7th Schedule in the Income Tax Act. This provision requires a benefit to be taxable if it is in the form of a service rendered to the employee, at the expense of the employer, and where the service was used for the employee’s private or domestic use.

The Court held that the payments made by BMW-SA to the tax consultants for services were made in terms of the contracts of employment, which services the employees would have otherwise had to pay for personally. The fact that there may have been some peripheral advantage to BMW-SA was irrelevant. The primary question was whether an advantage or benefit was granted by the employer to the employee for his or her private or domestic purpose. The Court was satisfied that there was such an advantage or benefit and dismissed BMW-SA’s appeal.