Setting Aside a Winding Up in the Interest of Creditors

Setting Aside a Winding Up in the Interest of Creditors 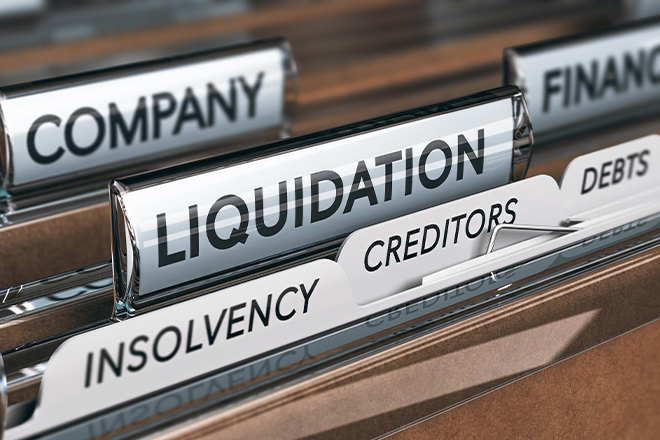 In the case of Nyhonyha and others v Venter NO and others, Regiments Capital Pty Ltd (“Regiments”), a company notable for its links to State Capture and the Gupta brothers, was placed under final winding up on 16 September 2020 in terms of section 354 the Companies Act, 1973. The applicants, which included the directors of Regiments, brought an urgent application in the Gauteng High Court to set aside the order for winding up in November that year.  Twenty-one respondents opposed the application, including the South African Revenue Services (“SARS”).

The applicants argued that Regiments was factually solvent, and the dispute between Regiments and Vantage, the creditor which sought the initial winding up order, could be resolved once the winding up was lifted. They argued that Regiments experienced a temporary liquidity difficulty which resulted in its inability to timeously satisfy the claim of Vantage.  However, once the winding up was set aside, it would be able to meet the claim of Vantage and all other creditors.

Regiments contended that it had various assets residing in subsidiary companies which could be liquidated to meet all its liabilities and that it had concluded a restructuring/unbundling transaction with some of these subsidiaries holding assets which were of substantial value, to the tune of about R359,3 million. Further, certain creditors related to Regiments agreed to subordinate their claims to other creditors and, therefore, these independent creditors would be paid first before Regiments-linked creditors. Regiments also contended that should the winding up not be set aside, this would cause irreparable harm to all the creditors, as the provisional liquidators fee alone would be at least 10% of Regiments assets.

SARS, as a potential creditor, opposed the relief sought on the basis that it was still auditing the company and had as yet an undetermined liability. In addition, SARS intended to audit the unbundling transaction in its entirety. According to SARS calculations at that time, SARS contended that Regiments was factually insolvent.

The Court considered section 354 of the Companies Act, 1973 which, in summary, provides that a court may order that a winding up be set aside at any time after its commencement, on application by any liquidator, creditor or member which provides proof that all the proceedings in the winding up should be set aside. The Court explained the wide powers of this section and that the applicant must show there are special and exceptional circumstances justifying the setting aside of the winding up order and must provide a satisfactory explanation for not having opposed the granting of the final order or having appealed against the order. Other relevant considerations include the delay in bringing the application and the extent to which winding up had progressed.

The interests of creditors weigh heavily with the courts. They are bound to scrutinise the facts very carefully and to exercise their discretion in a manner that at the very least does not disadvantage any creditor. The Court held that, despite the applicants seeking to frustrate the liquidators and SARS by withholding basic information, the fact remained that the company was asset rich but cash poor, that is, it was only commercially insolvent.  Regiments had, in fact, also opposed the granting of the final winding up order.

The Court held that if all creditors could be paid in terms of the unbundling transaction, then the order should be set aside. It noted that SARS was concerned that it would lose its preferent creditor status if such order was set aside. However, the Court held that SARS itself could take certain steps to protect its claim, including seizing assets and applying for a preservation order under section 163 of the Tax Administration Act.  In deciding that the winding up order should be set aside, the Court also made an order earmarking certain assets that should not be dissipated until the claim of SARS was paid in full.

In recent developments, SARS intends to head to the Supreme Court of Appeal seeking to overturn the High Court order. SARS recently issued Regiments with a tax assessment of nearly R700-million and based on its calculations, claims that Regiments will not have enough to pay up once it settles various concurrent creditors.  Regiments intends to oppose.