MANDATORY VACCINATIONS IN THE WORKPLACE

MANDATORY VACCINATIONS IN THE WORKPLACE 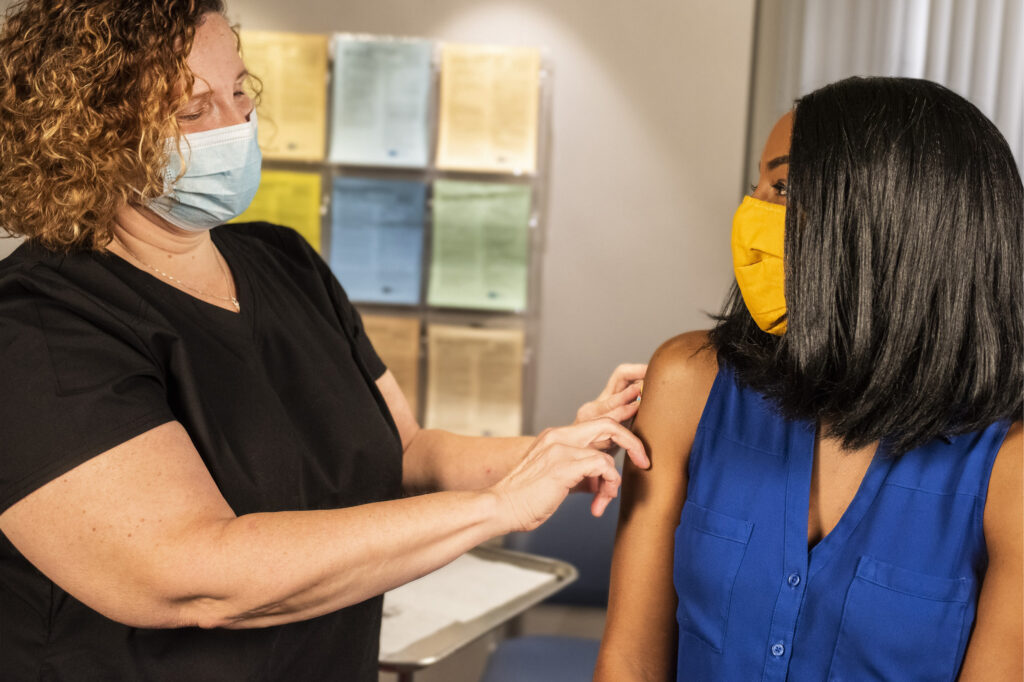 Two awards were recently made in the CCMA where the Commissioners had to determine whether dismissal and suspension of employees who refused to be vaccinated for COVID-19 was substantively fair.

In Mulderij v Goldrush Group the employer had, after consultations with unions, specialists and all of its employees, implemented a Mandatory Vaccination Policy with the intention of protecting its employees by creating a safe environment. Employees were also allowed to apply for exemption from vaccination. The applicant applied for an exemption based primarily on the ground of bodily integrity and this was refused as she was identified as high risk. She continued not to comply with the vaccination policy and at a disciplinary hearing it was decided that she was permanently incapacitated based on her decision.

The applicant’s argument at the CCMA was that:

The Commissioner held that, in terms of the Labour Relations Act’s Code of Good Practice: Dismissal, incapacity is a legitimate ground for dismissal and can be due to ill health or injury. It was thus decided that the applicant was permanently incapacitated based on her decision not to get vaccinated because, by implication, she refused to create a safe working environment, and that the dismissal was substantively fair.

Similarly the applicant in Kok v Ndaka Security and Services refused to comply with the employer’s policy to either be fully vaccinated or take a weekly COVID test. The employer accordingly decided that he should not return to work until he did so.

The applicant contended that there is no legislation in place compelling vaccination; he has the right to freedom and security in terms of the Constitution; vaccination does not prevent the spread of COVID, nor does it cure it; and the National Health Act prohibits mandatory treatment.

The employer argued that following three risk assessments it identified employees who were high risk and requested them to be vaccinated. Furthermore, its major client required a 100% vaccination rate.

The Commissioner’s decision that the suspension was fair was premised inter alia on the Occupational Health and Safety Act (“OHSA”), which provides that an employer has an obligation, as far as reasonably practical, to create a safe work environment; and that Constitutional rights are not absolute and can be limited. Courts have held that public interest can outweigh an individual’s right to bodily and psychological integrity.

These awards may still be referred to the Labour Court for review, however, they indicate the possible outcome at CCMA or bargaining councils in similar disputes, namely that an employer’s obligation to provide a safe environment in terms of OHSA is vital and the vaccine is in-line with fulfilling that obligation. Assessing whether disciplinary action or labour practices are fair will depend on the facts of each case, with consideration of legal arguments made in terms of the Constitution, the National Health Act, the COVID Regulations and/or OHSA.